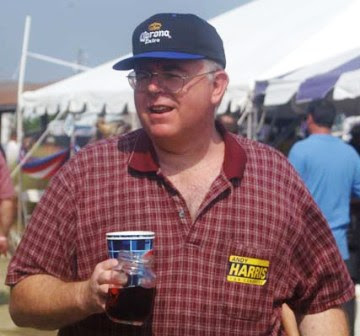 This grossly obese man is GA Harrison. Allegedly, he is unemployed and works for Joe Albero to attack various Wicomico county citizens.

Recently he admitted to stalking Kris Adams' house on Camden Avenue in Salisbury. He took pictures in and around her property at the bidding of Debbie Campbell who lives next door, making accusations that Kris Adams violated construction laws, when she had some repairs done to her property.

The usual petty personal attacks on Kris Adams and her family continued for many days and it would seem that GA doesn't take it quite as well as he gives it, as he took offense to someone calling him a "fat slob."

Here’s the context. On Friday afternoon we ran a post about work being done at 807 Camden Avenue. This property is owned by Kris and / or Kevin Adams or one of their companies. I know we weren’t inaccurate and I don’t believe that we were disparaging of the Adamses (unless accurate reporting is disparaging). However, this is the comment Joe Albero received on Friday:

The grammar, the syntax, the style … all indicative of a university graduate. I’m willing to bet that his came from an Adams, but not Kevin or Kris.

Granted, I’m a tad large, but I don’t appreciate the slob part. But as they say, opinions are like a&&holes, everybody has one.GA Harrison wrote 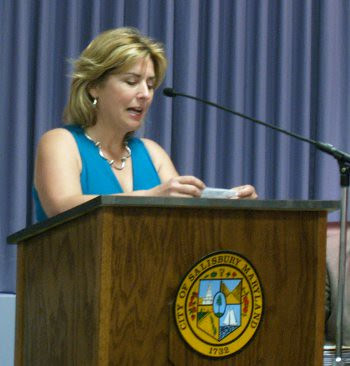 Over the last several months we have seen landlords such as Mitchell David and Salisbury Area Property Owners Association (SAPOA) president Kris Adams appear before the Salisbury City Council and praise city agencies such as Neighborhood Services and Code Compliance. It struck us as a little odd. For years the city government, and this department in particular, were public enemy number one amongst the SAPOA crowd. Maybe we can glean a little understanding from recent events. 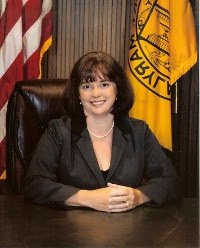 For those that don’t know, Salisbury councilwoman Debbie Campbell lives at 809 Camden Avenue. A few months ago 807 Camden (next door to Campbell and her family) was purchased by Kevin and / or Kris Adams or one of their companies (SDAT records do not show the property transfer at the time of this post). Given that Campbell has been a vocal opponent of many SAPOA practices over the years, many have anticipated some fireworks.
Well, Fourth of July may be approaching fast.
PERMITS, WE DON’T NEED NO STINKING PERMITS 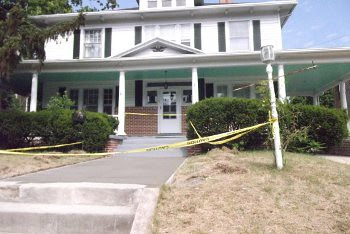 The Adamses recently brought in some contractors to do some work, including concrete work. You will notice from the picture above that there is an absence of permits.
We first became aware of the work being done when it was mentioned that the Campbells’ retaining wall had been damaged by the concrete contractors.
Posted by JoesVictims at 12:00 PM