Part 2 Of How It All Began 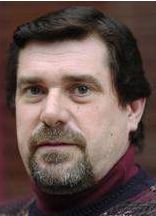 With Barrie Tilghman now his main target he then gets into a war with everyone Barrie Tilghman has hired including Chief Of Police Allan Webster who saw Joe as the pathological Liar he was from the beginning. Joe begins the Chief Jack and Coke line of posts along with the insinuations that Barrie Tilghman is breaking the law with getting illegal work done on her property by City employees, this leads to lawsuits by both of them against Joe.

During this time frame a new thing develops called an "anti-albero blog" several people notibly Karen Wells from the Off The Cuff Blog, Joe Perdue from Salisbury Soapbox and Susan Rainey from A Class Act. These blogs started letting people know about the lies and misinformation that were being spewed on sbynews. These people immediately became targets for Joe as he could not stand the truth getting out as he preferred being the only blog telling people what to think. It wasn't just an attack on the people but their families, their income and anything else he could attack to bring them down including threats of lawsuits, criminal charges you name it. Most of these blogs shut down because of this which made Joe feel like he could do that to anyone else that dared challenge him.

The really strange event that most people don't realize is that John Robinson and Joe were good friends during the 2006 beginning of 2007 area until the day that John had Jim Rapp on his radio show and didn't allow Joe to call in and to act the ass toward him on the air, this made John an enemy for not allowing Joe his public payback of the man he felt was responsible for Jennifer losing her job.  From that point forward it was an all out hate fest between the two. That is what it is like to be a friend to Joe, if you don't do exactly what he thinks you should he will turn on you immediately.

It was also during this period that Joe found his love for the fire department. Remember anyone that was a friend of Barrie Tilghman=enemy in Joes mind. Bill Gordy had parked his car while on official business in a metered spot downtown in early 2007 and when Joe happened by and saw the meter had expired in his sick mind he had a gotcha. He finds out the car belonged to Bill Gordy who also happened to be Gary Comegy's treasurer for his campaign, well from that point on you know the history, daily Gordy this Gordy that attacks. He also begins attacks against Bill Gordy's son Jeremy all because of who Bill was friends with and an expired meter.